This WP blog will be closed for a while. I don’t have time at the moment to keep it going. For those who love Japanese poetry … you are invited to visit Carpe Diem Haiku Kai. 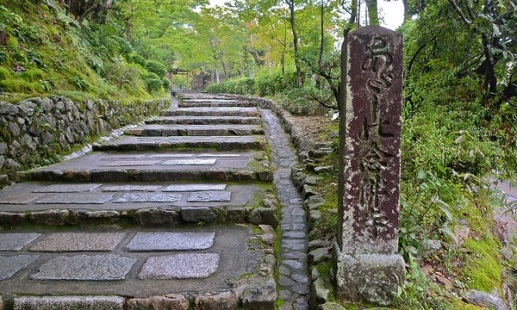 Welcome at a new episode of CD’s Tanka Splendor. It has been a while that I tried to challenge you here. So for this episode I have chosen to use the same theme “departure” as is / was the theme of Carpe Diem’s Autumn Retreat 2017.

Try to create a tanka themed DEPARTURE, it can be relating to autumn, but you can also use other explanations of departure e.g.

Welcome at a new Tanka Splendor, our special feature here at WP’s part of our Carpe Diem Haiku Kai Family. Spring is running towards its end and it is almost summer. For this Tanka Splendor I have chosen a nice theme “summertime”. The goal is to create a tanka themed summertime.

And now it is up to you to create a Tanka. A Tanka is a five-lined Japanese poem following the syllables-count 5-7-5-7-7, but as you maybe know you don’t need to follow that syllables-count.

A new episode of our Tanka Splendor feature. Spring is on its way and we are running towards Easter, so today I love to challenge you to create a tanka themed “new life”.

This episode is NOW OPEN for your submissions and will remain open until April 19th at 10:00 PM (CET). Have fun!

It has been a while that I posted here, because I haven’t enough time and to much weblogs to take care of. This Tanka Splendor episode “fragile beauty” I hope to inspire you with one of my own tanka I recently created for one of the posts at Carpe Diem Haiku Kai where we are exploring the beauty of Persian poetry this month.

This episode is titled “fragile beauty” and that title was taken from this tanka. Try to create a new tanka with this theme.

It is my pleasure to bring a new Tanka Splendor challenge to you. This time I have chosen for the theme Cherry Blossom. I have an old Sakura in my backyard and I love it when it starts to bloom. Last year my Sakura bloomed at the end of February and that, of course, was worth a celebration.
I have written a lot of haiku about Cherry Blossoms, but I cannot recall that I have ever written a Tanka about Cherry Blossoms … so i think it is time for me to create my first Cherry Blossom tanka.

Well … and now it is up to you. You can submit your tanka inspired on Cherry Blossoms until next Sunday February 12th 10.00 PM (CET).

PS.: I have a small problem with inserting the linking widget, but I hope to solve that a.s.a.p.

As promised I love to challenge you all to create tanka here at this new part of the Carpe Diem Haiku Kai Family, Carpe Diem’s Tanka Splendor. I have chosen this name not only to promote tanka, but also to honor Jane Reichhold who had a Tanka Splendor event on her website http://www.ahapoetry.com

This week I love to challenge you to create a tanka with the theme “winter love”. For example I have a tanka written by myself here on “winter love”:

Well … I hope you are inspired …

You can submit your tanka for this first episode of Tanka Splendor on WP until December 17th at noon (CET).

It is my pleasure to inform you that our former part of the Carpe Diem Haiku Kai Family, Haiku Shuukan, is back in business. I have re-created this part of our CDHK Family to give a place to Tanka. From today on this part of the CDHK Family will be known as Carpe Diem’s Tanka Splendor after the special CDHK month Tanka Splendor in which I introduced the Ten Tanka Writing Techniques by Teika.

I hope to challenge you here often to create Tanka. I will post the first challenge later on this week as I am out of the nightshift.

It’s with pain in my heart that I have decided to close this weblog at the end of this month. It’s not because of lack of inspiration, but it’s the lack of time.
Next to Haiku Shuukan I have several other weblogs one of them takes a lot of time and is more close to my heart than Haiku Shuukan.
If you like to write and share haiku, tanka or another Japanese poetry form than please feel free to visit Carpe Diem Haiku Kai, my daily haiku meme at blogspot.

I love to thank you all for participating in Haiku Shuukan and for the love shared through this weblog.

Welcome at a new episode of our bi-weekly haiku meme Haiku Shuukan. This week I start with a new series here at Haiku Shuukan … all about Mudras. This episode is the first of those series and it’s about one of the most known hand gestures, or Mudras. Let me first try to explain what a Mudra is:

A mudra in Buddha statues is a gesture and body posture holding special meanings and commemorating few of the important moments in the Buddha’s life. One of the most common and popular mudras which are found depicted in Buddha statues is the Bhumisparshamudra, translated as the earth touching gesture. Buddha statues with this mudra are commonly known as the “earth-witness” Buddha and these iconographic representations are one of the most popular Buddhas you can find anywhere in the world.
In Buddha statues with the Bhumisparshamudra, the Buddha, more specifically, the historical Shakyamuni Buddha is seen seated with his right hand as a pendant over the right knee reaching toward the ground with the palm inward while touching the lotus throne. In the meantime, the left hand can be seen with the palm upright in his lap. This gesture represents the moment of the Buddha’s awakening as he claims the earth as the witness of his enlightenment. Just before he realized enlightenment, it is believed that the demon Mara tried to frighten him with the armies of demons and monsters including his daughters who tried to tempt him to get out of meditation under the Bodhi tree. While the demon king Mara claimed the throne of enlightenment for himself, his demon army claimed to be the witness for Mara’s enlightenment. Mara then challenged Siddhartha about the witness. Then the former prince reached out his right hand to touch the earth as it is believed that the earth itself roared “I bear you the witness!” Hearing the roar from the earth herself, the demon king disappeared. The following morning saw the first appearance of the one who is awakened, the Buddha. Hence, it is believed that the Bhumisparshamudra, or “the earth witness” mudra commemorates the Buddha’s victory over the temptation by the demon King Mara. 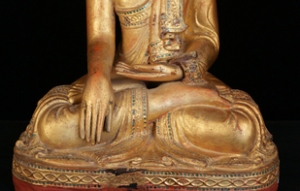 In Buddhism, it is believed that the Bhumisparshamudra helps us to bring about the transformation from rage and anger to wisdom.